The Necropolis Train that carried the dead to Brookwood

Restoration of the Columbarium (May)

Channel 5 launched its new “Docu-series” on 4 January. Hosted by the well-known presenter Michael Buerk, the series explores “how the Victorian age invented our modern world”.

Unfortunately its coverage of the story of the Necropolis Railway in the first episode was disappointingly inaccurate. I contacted the series producers (October Films) to point out six areas of concern in their script. The major error was filming Michael Buerk outside 121 Westminster Bridge Road where he states, “this is the entrance to the original London Necropolis station”, which it patently is not since the building was not completed until 1902. I was also intrigued as to why October Films chose to ferry an academic all the way from York to Brookwood Cemetery, when I live less than twenty miles away.

It seems October Films feels my concerns over the accuracy of this part of its documentary are unimportant and therefore can be ignored: implying that historical inaccuracy is perfectly acceptable in this series. I’m not sure Michael Buerk would agree had he realised he was talking pure tosh when filmed outside 121 Westminster Bridge Road.

Therefore if you are watching the rest of the series, beware of further errors and omissions.

Good to see Tharik Hussain’s article in the latest issue of Who Do You Think You Are? magazine, further promoting this important initiative.

You can read more on the launch of these trails by following this link.

Under the terms of the Bill, only older graves, where the last burial was more than 75 years ago, would be considered for renewal. Notices would be

placed in the press, on the internet, at the cemetery entrance and on the grave. Attempts would be made to contact the grave owner. If a relative objected, no renewal would be considered for a further 25 years. For more details on this story, please read the article that appeared in The Guardian. Further information has also been posted by the Friends of Highgate Cemetery Trust. Progress of the Bill can be followed here.

Local journalist Beth Duffell published an article on the GetSurrey website on the story of the Necropolis Train. I was more than happy to assist with her research for this piece, which appears to have been widely shared. It was accompanied by some fine photographs by Grahame Larter. You can read the full article here.

Great to see the Magnificent Seven leaflet published at last. I was the contact for the Friends of West Norwood Cemetery, and this project has been brewing in the background for some time. It has been well worth the wait.

The leaflet is published in full colour. It includes notes on all seven cemeteries (Abney Park, Brompton, Highgate, Kensal Green, Nunhead, Tower Hamlets and West Norwood) and a large map of London dated 1857 showing the locations of all of them.

Published by The Royal Parks, the leaflets are available from any of the Magnificent Seven.

Restoration of the Columbarium

Although currently not mentioned on the cemetery’s offical website, restoration work has begun on the Columbarium. The work is being undertaken by Cliveden Conservation, who specialise in the conservation of stonemasonry, terracotta, plaster, wall paintings and the decorative arts. This project builds on the successful restoration of the Colquhoun mausoleum in 2019. 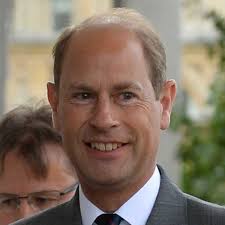 H.R.H. Prince Edward, Earl of Wessex visited Brookwood Cemetery on 1 July. He was accompanied - among others - by the Lord Lieutenant of Surrey Michael More-Molyneux, the High Sheriff of Surrey Shahid Azeem, Mr Ian Tomes Woking Borough Council's Strategic Asset Manager, and Avril Kirby the Cemetery Manager. It was part of a visit to the cemetery to see some of the improvements made across the site. During his visit the Earl visited the St Edward Brotherhood and was shown the shrine of Saint Edward the Martyr, and was then taken to the Old Mortuary, where he was shown the Exhibition Room and the main hall.

2020 marks the centenary of Rupert Bear. To mark this occasion, the Isle of Man has produced a beautiful set of five 50 pence piece coins. Each coin has a specially commissioned design featuring some of the best-loved characters from the Rupert Bear comic strip including Rupert Bear, Podgy Pig, Bill Badger, Edward Trunk and Algy Pug.

Rupert Bear first appeared in the pages of the Daily Express on November 8, 1920. He was drawn by the artist Mary Tourtel. She would go to draw and write Rupert stories for the next 15 years. In 1935, at the age of 61, she decided to retire due to failing health and eyesight. The responsibility for the drawings and the stories then passed to Alfred Bestall, who is buried at Brookwood Cemetery. Alfred Bestall remained as the regular artist until 1965. He died in 1986 and is buried in his family grave in plot 100. 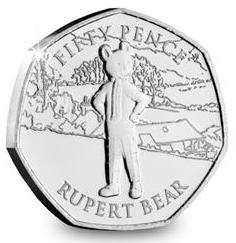 Over 3 years ago I was commissioned by Lambeth Council to draft a Character Appraisal for the West Norwood Conservation Area. Much of this is occupied by the historic Grade II* listed West Norwood Cemetery, of which I am a Trustee. My report was submitted in March 2017, to a very tight deadline.

Unexpectedly, Lambeth has now published this document as part of its public consultation, which closes on 11 January 2021. One of the most important sections in the report is Appendix 2 which lists all the noteworthy persons whose memorials have been lost since Lambeth took over management of the cemetery in the 1960s, a useful reminder that local authority management of historic cemeteries is not necessarily a good thing.

The new murder mystery by Martin Edwards, an accomplished crime writer, and winner of the Crime Writers Association Diamond Dagger in 2020. The hardback edition appeared last April (during the first lockdown) and the paperback edition has just been published. Mortmain Hall is available in hardback, paperback and kindle editions.

Set in the 1930s, the “golden age” of murder mysteries, and opens with a journey on the Necropolis Train. Grieving widows are a familiar sight on London's funeral train, so when an elegant young woman in a black veil boards the service, nobody guesses her true purpose.

But Rachel Savernake is not one of the mourners. She hopes to save a life – the life of a man who is supposed to be dead and in the grave. But then a suspicious death on the railway track spurs her on to investigate a sequence of baffling mysteries: a death in a blazing car; a killing in a seaside bungalow; a tragic drowning in a frozen lake. Rachel believes that the cases are connected – but what possible link can there be?

Rich, ruthless and obsessed with her own dark notions of justice, she will not rest until she has discovered the truth. To find the answers to her questions she joins a house party on the eerie and remote North Yorkshire coast at Mortmain Hall, an estate. Her inquiries are helped – and sometimes hindered – by the impetuous young journalist Jacob Flint and an eccentric female criminologist with a dangerous fascination with perfect crimes.